Any vegan knows how difficult it can be to find a restaurant with both animal-friendly and delicious entrees. When traveling, it’s ten times harder. Sometimes you just have to bite the bullet and eat the one salad option that doesn’t charge $20 for a bed of lettuce topped with the meat you won’t eat. Sometimes you really have to specify what vegan means. In Latin America, it goes something like this:

You: “What vegan or vegetarian options do you have?”

Waiter: “No meat? Ah, okay we have chicken.”

You: “No chicken, no animals.”

Waiter: “Ah, well we have shrimp and fish!”

Nevertheless, you’ll be surprised nowadays at the vegan/vegetarian/organic spread abroad. That being said, dining out can eat up your funds when you’re a budget traveler, especially at the health food cafes. On the road, I manage to cook when I can, splurge occasionally, and otherwise just find restaurants that give me more than one option for a meal or can prepare a dish up to my specifications. Don’t be afraid to tell the waiter you have dietary restrictions. You’ll be surprised how many chefs are willing to swap out butter with olive oil.

Without further ado, I present to you a list of some of my favorite restaurants I’ve encountered while being sedentary or off gallivanting. Have you eaten at any of these places? Safeguard this list; you never know where life will take you, and knowing where you can find a good meal in a foreign land is always comforting. We all love food, especially when it’s made right.

A quaint local brunch place in a quaint country town. I went here with my wildlife rehab gang on weekend mornings when I lived in the Texas Hill Country. Vegetarian at the time, I drooled over their Pear & Blue Cheese Salad. (Fun fact: The café is right across from the courthouse building where a scene from True Grit was filmed.)

An award-winning breakfast place, the menu is loaded with vegan and gluten-free options. It’s always busy so call ahead the day before if you’re more than one person! Smoothies and the Huevo Nuevo breakfast taco are favorites.

I just… I can’t even… I wanted to eat the whole menu. So creative, so many vegan options. Some suggestions: Vegan Tacos, Yam Fries, Soup of the Day. I made inappropriate noises throughout the entire meal.

Greek food at its finest in the cute historic downtown strip. Okay, so it’s my hometown, but I’m allowed to have a love affair with a hometown restaurant, am I not? (Fun fact: My dad’s office is just down the street. Do give him a hug from me if you’re in the area.)

My Greek food addiction was beyond satisfied when I discovered this local joint. I can’t say enough good things about it. There are so many restaurants in the Keys, but this one lets you escape from the tourist crowd. I went at least once a week when I lived in the Florida Keys. The staff is unbelievably personable; the owner chats with you like you’re longtime friends (which we basically were after I became a regular). They will give you samples of new concoctions just because, and they’ll cook your order just the way you like it. The classic Greek Lemon Potatoes and Greek Salad (with Grape Leaves!!!) are a must.

A vegetarian’s dream in a city with enough restaurants to dine at every day of the year. It’s tucked away on a side street but easy enough to find. You really can’t go wrong with anything on the menu; the cuisine is all over the board. I recommend the Classic Sprouthead or the Baked Brown Sugar Acorn Squash. Enjoy the hippie vibe with local artwork and a broad color pallet.

This place is just too cute. Their batidos (fruit shakes) are scrumptious. The place was recommended to me by the hostel I stayed at when I went into town once a week during my summer in the Amazon, and I subsequently became a weekly breakfast regular. (Check back in the guest book from 2009!)  Great place to meet backpackers; mentioned in Lonely Planet!

Everything on this menu is delicious and fresh and vegan, but I recommend the menu del dia. You are served an appetizer, entrée, dessert and drink for the equivalent of $5. Seriously can’t beat that. Also, you’ll think you’re lost when you follow a map to this place but just stick with it. It’s in an alley off an alley off another alley.

Basque country inspired plates are served to you by a couple who relocated to South America. The food is always fresh and the menus del dia unique, often with a vegetarian option.

A potato lover’s paradise. If you’re in Arequipa, this is the perfect opportunity to have the “potato experience” in a country home to more than 4,000 species of potatoes. This restaurant’s potato dishes offer you a handful of these species—even purple potatoes!  Lonely Planet gives it a shout out, too.

This local tapas bar was a favorite for my sister, and when I kicked off my 2010 solo summer travels in Europe, it started off my mornings right. I was first introduced to the simple yet delicious Latin American Pan con Tomate here, and I make it for breakfast every now and then just to transport me back in time.

Located on a canal in the trendy district of London, this ‘vegan restaurant of the year’ was the first to open my eyes to the magical culinary combinations of vegan cuisine. Fresh-tasting and unique dishes in a hip atmosphere.

A feisty French Canadian chef who now calls this “out” island home has brought a taste of fresh, authentic French cuisine to the Bahamas. His cuisine is ranked in the top 10 in all of the Bahamas. You just have to get used to his quirky personality. He is tolerant of vegan, gluten-free diets and will do his best to accommodate. The Pesto Salad is to die for. Reservations are a must!

3 thoughts on “My Favorites: Restaurant Reviews” 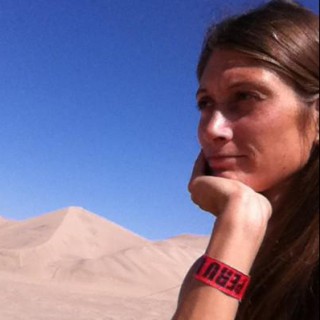